The Archer AX10 is a smallish router done up in a two-tone glossy and matte black finish with textured grills and a TP-Link badge. It measures 1.5 by 10.2 by 5.3 inches (HWD) and has four non-removable antennas. The front edge contains a series of LED indicators for power, both radio bands, internet connectivity, Ethernet activity, and WPS activity, and the rear panel holds four gigabit LAN ports, a WAN port, a reset button, a WPS button, a power button, and a power jack. As with most budget routers, including the D-Link EXO Mesh AX1500 Wi-Fi 6 Router DIR-X1560, the AX10 lacks USB ports and the multi-gig LAN ports that you get with high-end Wi-Fi 6 routers such as the TP-Link AX6000 and the Netgear Nighthawk RAX120.

The Archer AX10 is a four-stream dual-band AX1500 router capable of maximum data rates of up to 300Mbps on the 2.4GHz band and up to 1,201Mbps on the 5GHz band. It’s powered by a 1.5GHz tri-core processor, 256MB of RAM, and 16GB of flash memory, and it uses 802.11ax technology including OFDMA (Orthogonal Frequency-Division Multiple Access), which allows multiple users to share the same channel for more efficient use of bandwidth, TWT (Target Wake Time) to help reduce client power consumption, MU-MIMO simultaneous data streaming, and direct-to-client signal beamforming. However, it doesn’t support 160MHz channel bandwidth or WPA3 encryption.

The router can be managed using a web-based console or with TP-Link’s Tether mobile app for Android and iOS devices, but the web console offers more advanced settings options. It opens to a home screen with a network map that shows the router and the number of connected clients. Tap the router icon to view more detailed information such as IP addresses, wireless SSIDs, CPU load and memory usage, and LAN port usage. 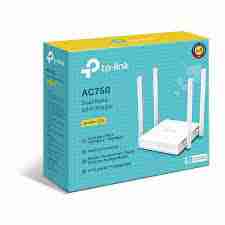 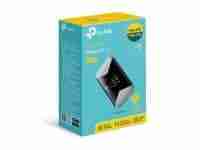 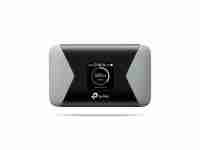 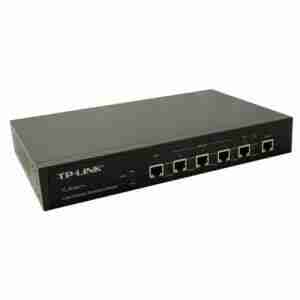